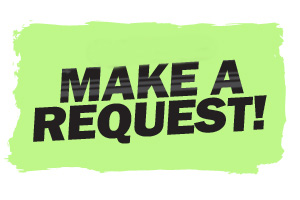 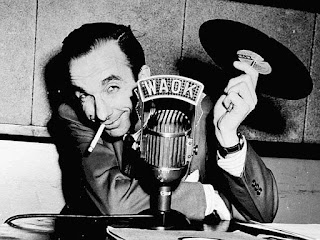 You can leave requests, comments  and replies in the usual way and after moderation they will appear below. This might take a couple of days and reposts up to a week ..... I've got a life outside of the blog.
Filled requests will be removed after 4-5 weeks to make room for new requests but you can always request them again if needed. Unfilled requests will be removed at my discretion; that could be after a month or a year.
Please do not request CD's/LP's released after 2014 as they will not be posted here.


27th October: Bluesmaniac said...
I'm looking for Phil Guy ‎– I Once Was A Gambler
Thanks

January 22: Anton said...
If Anyone Is Lucky To Have And Share A
Wilee McEwen ‎– Sing And Play The Blues Ancient And Latest Rhythm

28th February; Guest said ...
Anyone have Louis Jordan-Tangerine LP 1503-Hallelujah...Louis Jordan Is Back?

4th March:RootBear said...
Hi Folks, I am looking for the following Hip-O (Excello) compilations, if anyone can help...

Does anyone have:
Geno Delafose - Everybody' Dancin

@ KansasJoe, both requests have been fiiled. many thanks for your offer.

Would Love To Get Ears On
- Ernie K-Doe - The Complete Duke Recordings -
Thanks In Advance !

Freddie North:
many greateful thanks for the Contributor of Freddie North,
and as always to the "Host".

Anton:
Here's the K Doe you are looking for; album called Don't Kill My Groove:
https://www.mediafire.com/folder/iixbc1zn1tey2/

Pmac: Thank You So Much For That Killin' Groove !

Looking for the lone album by Little George Sueref and the Blue Stars. TIA!

If Anyone Is Lucky To Have And Share A
Wilee McEwen ‎– Sing And Play The Blues Ancient And Latest Rhythm
I Would Be Mighty Grateful
Cheers !

I just found out my copy of Paul Kelly's first album, Stealing In The Name Of The Lord, has gone missing. What a great singer. It has 3 songs not on Dirt. Can anyone help?

Hi Folks, I am looking for the following Hip-O (Excello) compilations, if anyone can help...

Thanks for the Little George Sueref and the Blue Stars MP3.

Little Richard/Roy Orbison, "Back To Back", BMG Special Project B00000JCE7, Thanks, Clunker Dunker

Not sure when it was psoted, but just found that someone filled my Paul Kelly request. Thanx a bunch, and stay safe, y'all.

Actually I want to leave something here as a way of saying thanks to everyone here that has helped me fill some significant holes in my collection...anyway here is JB Lenoir "Blues Chess Master"...some of you might remember the 70's double LP re-issues that were done on Chess Artists that had the horrid cartoon illustration covers...this is a vinyl rip from my copy done by a friend who knows his stuff to get optimum sound...album artwork and ripping info are all in the link...enjoy

looking for this late 60s release from Otis Williams. any havers?
https://www.discogs.com/Otis-Williams-The-Greatest-Hits-Of-Otis-Williams/master/575775

Looking for any or all of the "Blues Images Presents Classic Blues Songs From The 1920's" CDs. Thanks in advance.

Here's another one for you folks...this is from my personal tape collection I thought you all might enjoy...it's from the 1980 Monterrey Jazz Festival Saturday Blues Afternoon show I recorded off of the radio...It's the Hollywood Fats Band with guest Margie Evans...it was transferred to digital by the same person who did the LB Lenoir vinyl rip posted here earlier...the sound is pretty good for a nearly 40 year old cassette...enjoy 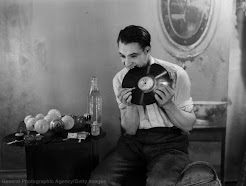